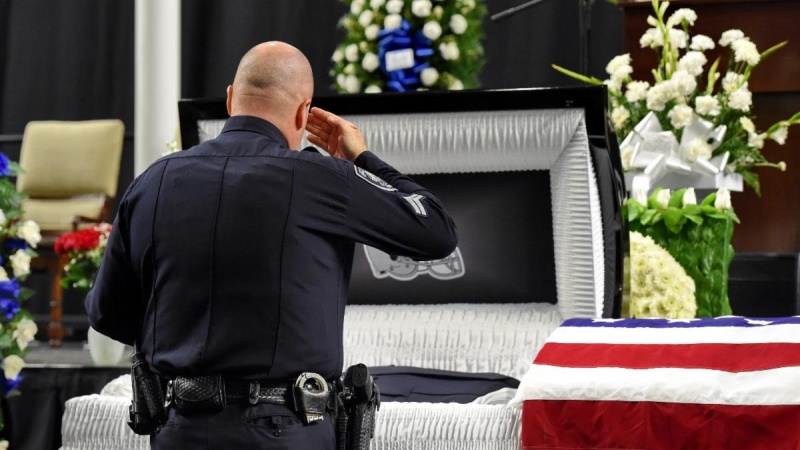 Since January 1, more than 51 police officers have died in the line of duty. In honor of each of these Fallen Officers, Point 27 shared God’s Word engraved on Thin Blue Line Dog Tags with their fellow officers and God’s Word engraved on Folded Flag Necklaces with their family members. Nothing comforts and encourages grieving family members and co-workers more than the love, hope, and salvation found in God’s Word. In these first days, weeks, and months after such a loss, those grieving may not remember what people say to them; however, they will always find comfort in the Words engraved on the keepsake necklaces Point 27 gives them.

In addition to line-of-duty deaths, violence against police officers is escalating while funding for them is being reduced. “Defund the Police” is the battle cry of ANTIFA, BLM, and other Marxist and anarchist organizations. They want to eliminate the Thin Blue Line that stands between them (evil) and law-abiding citizens (good). These groups are responsible for violence, riots, looting, burning, and destruction of property.

More than ever before, Police officers need faith in Jesus Christ and the support of the American people. Daily, they face violence, death and exposure to COVID, while politicians, celebrities, teachers, and the media personalities disparage, disrespect, and condemn them. Hypocritically, these same people use police officers for personal security and during crisis. Point 27 shares God’s Word with these officers to strengthen and encourage them. “We Back The Blue.”