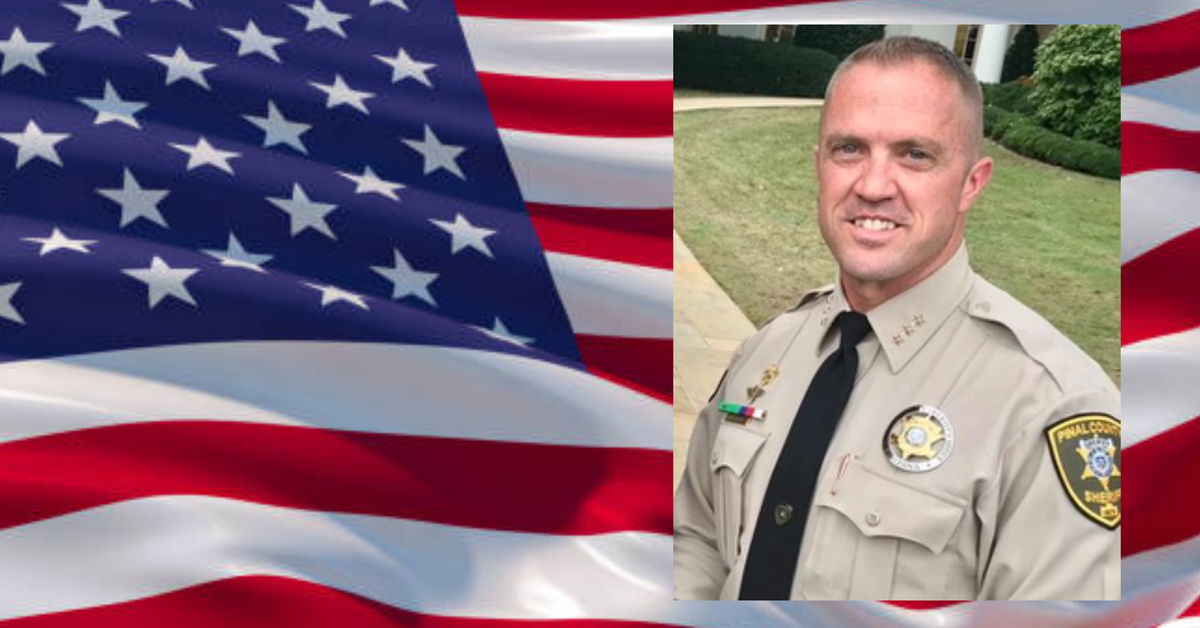 Thomas says he continues to coordinate with the Phoenix Police Department to honor and
equip Phoenix PD officers with the Thin Blue Line dog tag necklaces.

Later, during the height of the pandemic when many churches were not meeting in person,
Thomas says he joined a Zoom prayer group through which he met David Dodd. Thomas said
the two felt a kinship.

“The colonel understands what my current position is like—it’s much like that of a military colonel,” Thomas said. “We immediately connected.”

Dodd would ultimately invite Thomas to serve on the Point 27 Board of Directors and help push the Point 27 mission forward.

Thomas says he understands how much those scripture-inscribed dog tag necklaces mean to law enforcement officers.

“In law enforcement you get a jaded view and you kind of give up on God—starts to turn you and harden your heart,” Thomas said. “The only way you avoid that and keep some level of humanity is to stay connected to God. I understand what you can become and how you become if you don’t have that.”

For law enforcement, he says, “The Thin Blue Line Shields of Strength gives law enforcement something tangible to feel, look at it, and to remind them, ultimately, who they serve –remind them of what they are there to be courageous; and, when they get the opportunity, to help broken people.”

He says, “the Thin Blue Line Cross Necklace I wear when I can, reminds me constantly of what my foundation is. You are in all these situations, dealing with broken people all the time. The cross gives one of the best ways for me to serve God, to be able to talk to those people and if they are broken and are willing to talk about it…I pull out the cross and that leads us to talk about God.”

It’s a tangible thing, that cross, that reminds me that not only do I work for the Sheriff’s Office but I work for God, too; and need to follow God’s orders, too,” Thomas said.

“In the current culture climate, you can get disheartened in this job quickly,” according to Thomas. “But when I see new people being willing to wear the uniform and take the oath, it gives me hope—you realize these are all worldly fights, guided by a higher principle: a small story driven by a bigger story, and no matter how chaotic it looks in this world, we know we win in the end, so we have hope to keep pushing forward.

The Chief Deputy Assistant, who completes 29 years of service with the Pinal County Sheriff’s Office this month, says he reconnected with his faith during the time he was working undercover and–since, his faith has played a big part in his and his family’s life.

“Working undercover, I had opportunity for many long discussions with undercover buddies. I remember mentioning to one officer that no matter what was happening around him, he seemed good. He told me he was and the reason was God. He shared with me how he had gone back to church—found a Christian church that fit him, and reconnected with God.”

Thomas said he and his family started attending that church with his buddy.

“In general, the biggest challenge for law enforcement officers is the work-life balance because that job tends to consume you and tends to put you and your family at risk. We end up divorced most of the time. That’s one reason Point 27 has been so important to me. I knew all the challenges, pitfalls. There was a portion of my life and career completely disconnected from God. I had drifted away, but reached a tenured time in my career when I began to realize I was still missing something. But I couldn’t put my finger on it.”

Thomas said his daughter, then 7 or 8 at that time, kept asking if they could go to church. Though Thomas was raised Catholic, he said he had become disenchanted with Catholic Church and began to think they were part of the problem.

“After starting back to church,” he remembers, “I knew then what I had been missing and I wanted to make sure my kids, my family would have that.”

Career-wise, Thomas has moved up through the ranks with the Pinal Co. Sheriff’s Office, to hold commands and serve in patrol, traffic, narcotics, anti-smuggling, West Desert Task Force, crimes, SWAT and more.

He serves second in command of the Sheriff’s Office consisting of 233 sworn staff, 207 detention staff, and 234 civilian support staff and volunteers in a county that is 5,400 sq. miles with a population of approximately 500,000. He has instructed law enforcement around the U.S. in the area of border- related issues and Mexican cartels.

In 2016, he said he began to feel that men being men were being attacked and he realized that he could have a direct positive influence on another generation of kids and young law enforcement officers, and he has been trying to be a good role model and positive influence: in his church serving in the children’s ministry with his wife, as a male police officer and strong Christian man and gentleman, and through Point 27.

Thomas is currently writing a book about his experiences fighting the Mexican cartels.