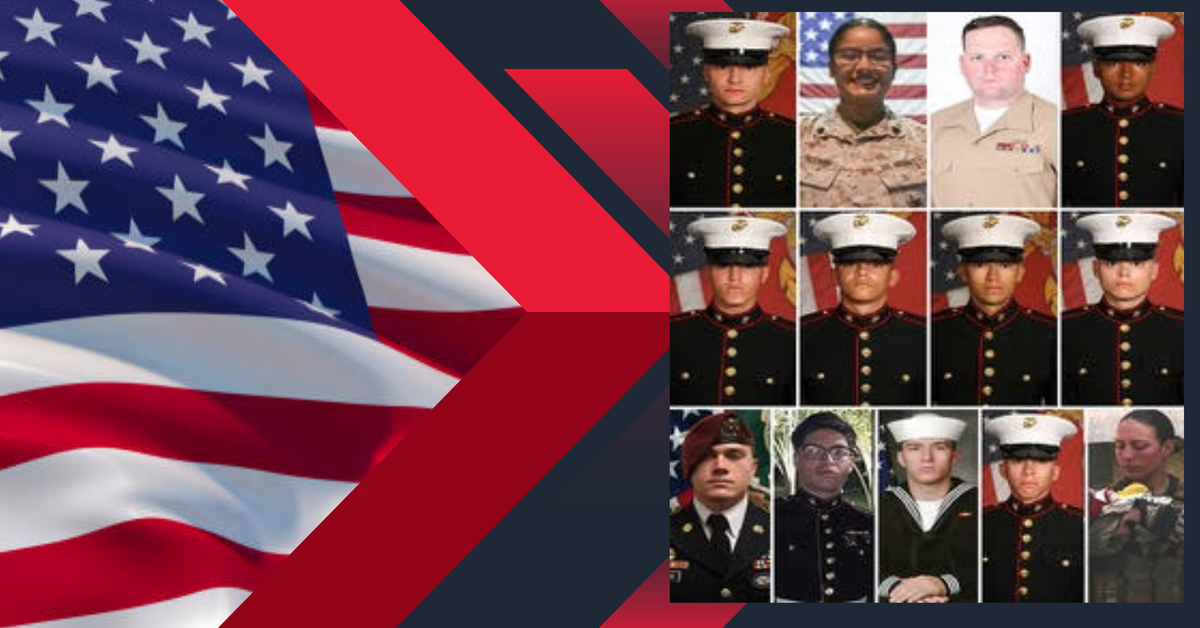 In 2013, Robert Miner felt his world cave out under him. That’s the year his son Robby, serving in the Navy, was killed in the line of duty.

That year, Robby’s son Gavin—the Miners’ grandson– was only 10 months old. So, early in the midst of their grief, Miner and his wife Laurie moved from Long Island, New York, to Virginia to help their daughter-in-law Deanna raise Gavin.

“I was not in the military. But, on my father’s side of the family, my great-uncle served in WWI, my grandfather in WWII, and my dad was in the Navy,” he shared.

Still, over the years–in the trenches on another front–he has been making a mighty difference serving his country, the military and families of fallen soldiers.

Last year, shortly after he heard the news about the 13 US military members killed at the Kabul Airport in the US Afghanistan withdrawal, he felt the world under his feet unnervingly shift again. He immediately felt compelled to reach out to the parents of Navy Corpsman Maxton William “Max” Soviak, who was one of 13 killed in the August attack at Kabul Afghanistan Airport.

So Miner reached out to a mighty network of connections he had developed over the years.

“I do a lot of outreach work with the various Navy bases here in Virginia. I am also a Survivor Advocate, Navy Survivor Advisory Working Group,” he said.

Miner is also the Virginia Volunteer Coordinator for global nonprofit Point 27 which sends gifts of Shields of Strength scripture-inscribed dog tags to members of the US military and Folded Flag Keepsake Pendant Necklaces to family members of the fallen.

“Admiral Rock (Commander, Navy Region Mid-Atlantic) is a personal friend. His visit to Ohio to pay respects to the Soviak family inspired me to reach out to them,” Miner said.

Miner sent the Soviak family a heartfelt letter and Keepsake Folded Flag Pendant Necklaces. Then, Miner decided to reach out to the other families of those fallen in Kabul.

“Working through Rear Adm. Charles Rock, Commander, Navy Region Mid-Atlantic, I was able to get in touch with Casualty Assistance Calls Officers (CACOs) for 11 of the 13 families of those fallen heroes. Point 27 had previously made contact with one of the families and provided Shields of Strength Folded Flag Necklaces for that family.

Of the 11 families I was able to reach out to, I identified 104 relatives. To each parent, step-parent, or spouse, I sent a personal letter expressing my condolences and offering comfort. Beyond the parents or spouses, I was able to identify other family members of our fallen heroes: a child, siblings, grandparents, step-grandparents, aunts and uncles, as well as cousins. Each of the 104 family received a Shields of Strength Folded Flag necklace.”

Miner’s letters to the families of the fallen read, “Each morning when I put my folded flag around my neck, it reminds me that my son Robby is honored by a grateful nation. I want you, and the rest of the family, to always be reminded that a grateful nation honors [your loved one].

In the letters, Miner shared a story that helped him process his grief over the loss of his son:

“It breaks my heart to have you join the ranks of Gold Star Parents. Your [loved one] will be remembered by our Nation as an American Hero. “I want to share with you an anecdote that a colleague shared with me when my son Robby, US Navy Master-at-Arms, died in 2013.

“A woman lost her 19-year-old son. That night when she went to bed an angel visited her at a time before her son was born and said he had good news and bad news. The good news was that she was going to have a healthy baby boy. The bad news was that the angel was going to have to take him back after 19 years. So, the angel asked the woman, ‘Do you still want to have him?’

“The woman awoke from her sleep shouting ‘YES!’”

Miner wrote: “When I heard that story, I desperately latched on to the perspective that I was blessed for 25 years to have the most incredible son, my first born, and my namesake. Of course, I miss him dearly, with every breath I take. My pain is just a reminder of how much I cherish those 25 years we had Robby with us on this side of life. The pain of his loss is diminished by all the wonderful memories.”

Point 27, thanks to generous donors, supplied the gifts of Keepsake Folded Flag Pendant Necklaces. if you would like to make a donation to support the mission of ZPoint 27 please do so here – Donation Form.