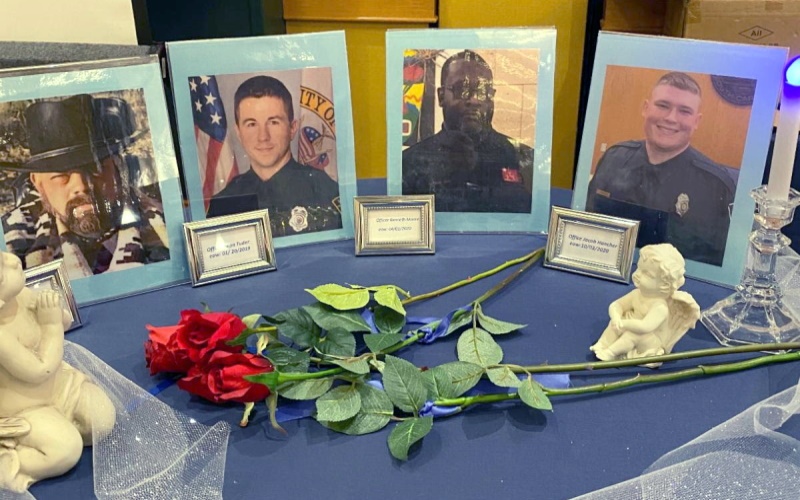 On February 19-20, Colonel Dodd spoke to family members of Fallen Police Officers at a Maryland Concern Of Police Survivors (C.O.P.S.) event. He spoke on Resiliency and Strength Through Faith. The focus of the event was to prepare four families for National Police Week, an annual event conducted in Washington D.C.   These officer died in the line-of-duty and their names will be engraved on the National Police Memorial. Police Week is an annual event held in Washington DC to honor law enforcement officers killed in the line-of-duty.

In additions to COL Dodd’s comments, he shared written testimonies from two Point 27 volunteers who lost sons killed in the line of duty.   “There was a lot of information presented to these grieving families and they may not remember a word I said.  However, they will greatly benefit from the written testimonies of people who have walked the difficult road they are starting.  The testimonies included Scripture and practical things that strengthened and comforted in those early days,” said COL Dodd.

Since 2016, Point 27 has given each family member of a Fallen Officer attending National Police Week a Folded Flag Necklace engraved with “Greater love has no one than this, to lay down one’s life for one’s friend.” John 15:13.    Sadly, the number of family members attending the Concern Of Police Survivors (C.O.P.S.) conference at National Police Week averages 4,50o people who have lost a father, mother, son, daughter, sibling, or spouse.

God’s Word, His love, hope, forgiveness, and grace comfort more than anyone or anything.  It is through the generosity of those who give to Point 27 that God’s Word is given to these survivors.